Jochen Kohl of K2 and responsible for the technical implementation of the world record: "To defy this weather, the choice of paper played a decisive role. Ilford had already made the right choice of material in advance: "ILFOJET Synthetic Paper". This paper is characterised by a low paper thickness, an important factor in making the way from the roll to the Canon Pro-6100 over a length of almost 110 meters. Its special coating, in combination with the Canon inks, resisted the adverse weather and difficult printing conditions. It is also extremely robust, so that it could be easily bent and pulled. Many viewers of the live stream were amazed at how durable the photorealistic material is. Rain showers and gusts of wind at the top of the ski jump put the material under extreme conditions".

Uwe Janke, Sales Manager Germany at Ilford: “During this world record, the team around Jochen Kohl reached their physical limits in almost 18 hours of continuous work in rain and snow. In the last third it was actively supported by the house technicians of the Oberstdorf House. Countless stairs had to be run up and down. Jochen Kohl used all his strength to pull the print sticking to the ski jump table due to the rain down the 110 meters".

After calculating the maximum roll length of the Canon "imagePROGRAF PRO-6100" several rolls of "ILFOJET Synthetic Paper" were produced with a special length. Two test runs were carried out by Jochen Kohl from K2-Studio in advance at Ilford. Then it was off to the ski jump in Oberstdorf, with a stopover at Thomas Weissmann from Holz-Weissmann, a specialist in the construction of freight and sea crates. In just a few hours, he built a solid wooden crate for helicopter transport, which was the only way to transport the printer up the ski jump. Once at the top, the box was opened, the printer was filled with ink, the special roll was inserted and the printer was protected from rain and snow with a protective cover. Due to the protection, the printer was not visible during the 16 hours in which it continuously printed the 109.04 meter long synthetic paper from Ilford. 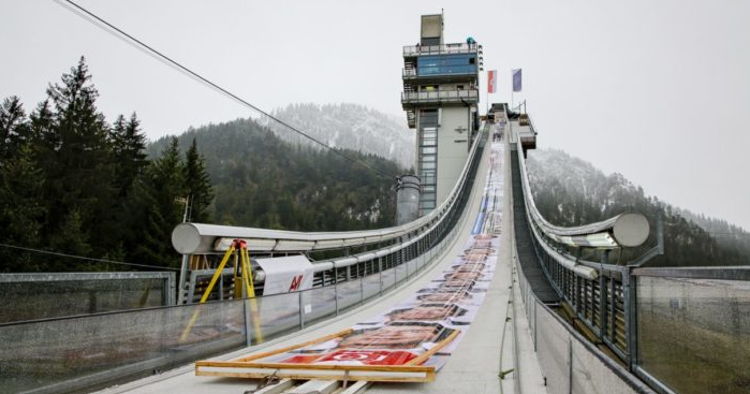 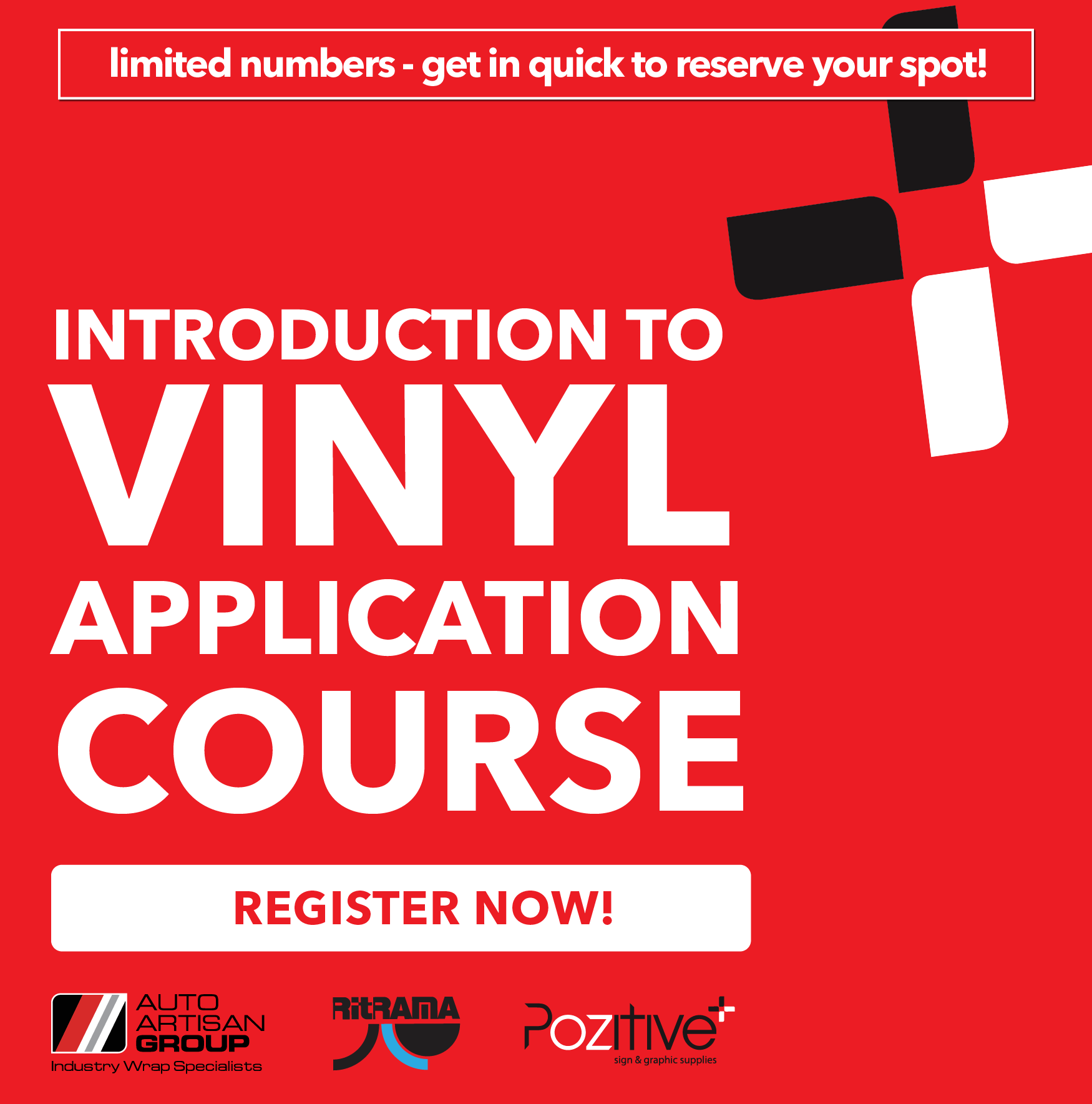