NASA recently awarded a $73.7 million contract to Mountain View, California-based Made In Space to demonstrate the ability to produce and assemble spacecraft components in low-Earth orbit. These capabilities could be vital in reaching, exploring, and possibly settling on Mars.

The contract initiates the second phase of a partnership established through NASA's Tipping Point solicitation. The partnership combines NASA resources and the private sector, with industry partners covering at least 25% of the program costs.

Archinaut One is the proposed space vehicle on which the printing and assembly would take place. It is expected to launch on a rocket in 2022.

Once the vehicle is positioned in low-Earth orbit, the spacecraft will 3D-print two beams that extend 32 feet from each side of the craft. As production moves forward, each beam will unfurl solar arrays capable of generating up to five times more power than typical solar panels on spacecraft of similar size.

The potential of these technologies is thought to include:

Made In Space began working on Archinaut in 2016. A year later it successfully 3D-printed structural beams in a NASA facility that mimics the conditions of space. Then, at the agency's Ames Research Center in Silicon Valley, they were able to validate that the printing equipment and hardware were capable of withstanding the environmental challenges of space.

The Archinaut group includes Northrup Grumman, Made In Space, Ames, and NASA's Jet Propulsion Laboratory in Pasadena, California. The program is based out of the Marshall Space Flight Center in Huntsville, Alabama. 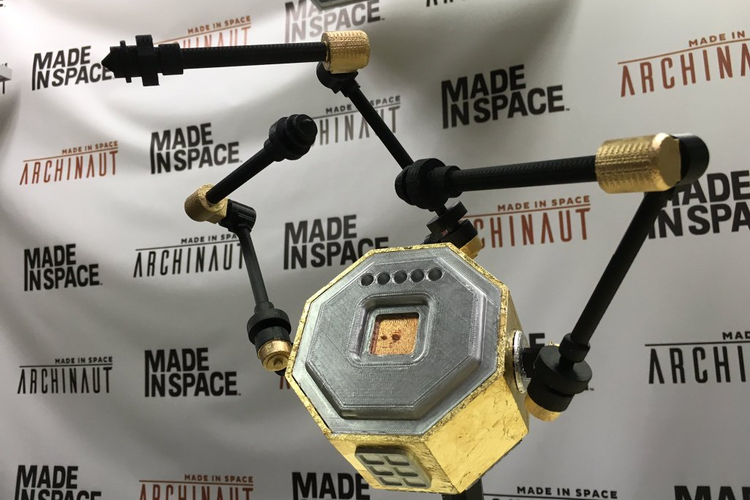